Narcotisation and Authoritarianism: A Film About the Drug War in Belarus

The film tells a story about the anti-drug law enforcement practice, prison conditions in the penitentiary institutions of Belarus, and everyday life challenges that former prisoners and people who use drugs face. To convey to the viewer the origins of stereotypes, numerous clips from the anti-drug videos of the USSR, Russia, and Belarus are used in the film. 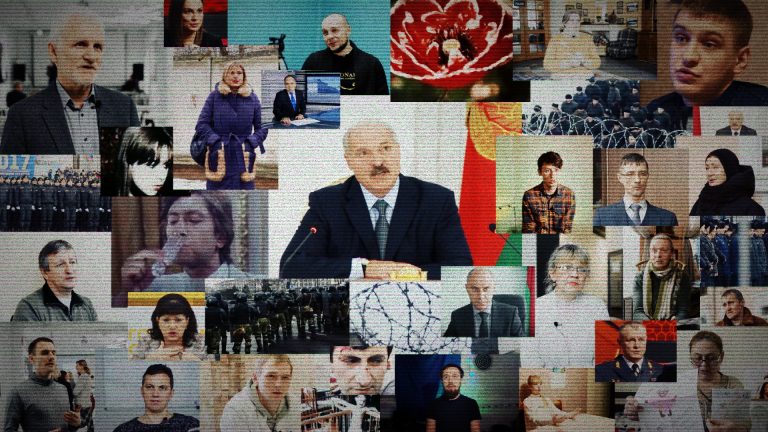 “Criminalisation of people who use drugs, impossibility to defend oneself in the court, and forced labor in punitive camps are direct manifestations of the authoritarian regime. The society does not respect the right of people to their own bodies, their freedom of choice. State propaganda, anti-scientific information, and stereotypes distort people’s notion about reality. Drugs users are called “narcomaniacs” and treated worse than murderers.

Uniformity of views of the state and society on this issue leads to mass uncontrolled violence on an incomparable scale. People who use drugs are an extremely vulnerable group in such a situation. Innocent people are convicted for years of isolation in inhumane conditions. We have to stop it as soon as possible”, Piotr Markiełaŭ, one of the creators of the film, says.

People that make decisions declared that psychoactive substances are evil. They banned these substances. And almost nobody knows, what exactly are these substances, because they are even banned to research. People who use drugs are regarded as criminals, they are deprived of liberty on disproportionately long terms.

The desire to ban psychoactive substances and to severely punish drug use is caused only by lack of knowledge and fear. When people who make decisions behave like this, they look like savages”, another of the film’s creators, Dzianis Boršč, shared.

The release of the film is timed to coincide with the beginning of the spring session of Belarusian parliament. Decriminalisation of small amounts of controlled substances remains the main advocacy goal of Legalize Belarus. On the same day a year ago, activists went to the Parliament with letters of the word “decriminalization”. After that, some of them were arrested and fined.