The War On Drugs In Belarus

The civilised world is moving fast to legalize, or at least decriminalize, cannabinoids. Meanwhile in Belarus, owning just 1 gram of Marijuana can get you 2 years in prison — which practically means up to 8 years. This is how the Belarusian drug policy is failing the people of Belarus. 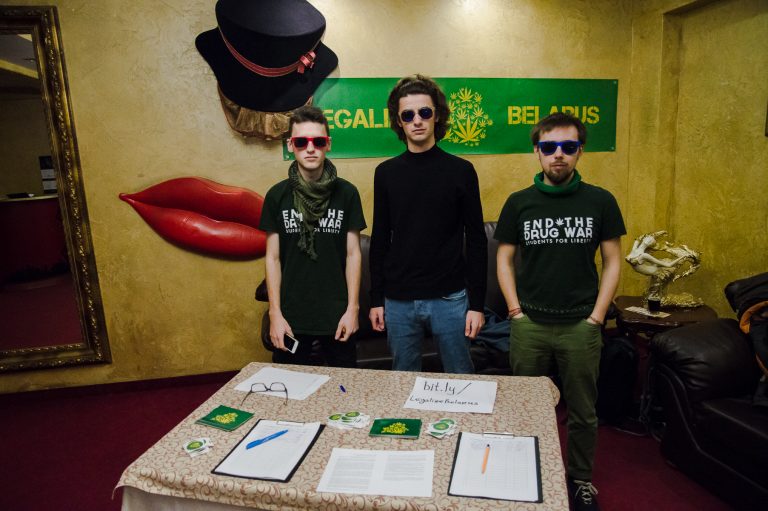 The civilised world is moving fast to legalize, or at least decriminalize, cannabinoids. Meanwhile in Belarus, owning just 1 gram of Marijuana can get you 2 years in prison — which practically means up to 8 years. This is how the Belarusian drug policy is failing the people of Belarus.

The War on Drugs in Belarus

The Belarusian drug policy is continuing the Soviet one. In the BSSR (Belarusian Socialist Soviet Republic) there were no drugs. Just like sex.

«The main (official) reason for the intensifying drug war was a wide spread of so called “smoking blends”, different kinds of natural or synthetic non-tobacco-mixes for smoking. They appeared in the middle of the 2000s and were seen as a legal equivalent of marijuana», says Piotr Markielau, communications coordinator at Legalize Belarus.

In the early 2010s Belarus saw a series of heavy cases of “spice-abuse”. The teenage victims would mutilate themselves or commit suicide s under the influence of synthetic smoking blends. The Belarusian government tried to manage the issue with the Presidential Decree №6 “Concerning prompt measures to counteract illegal drug trade” at the end of the year 2014.

This decree extended the maximum prison term for drug related offenses to 25 years. Practically every article of the Belarusian penal provision 328 had its term extended. Administrative fines for being under the influence in public were established as well.Fines ranges between 60 and 120 USD. Other changes included a simplified procedure to amend the list of forbidden substances, which led to spices being targeted quickly.

«The road to hell is paved with good intentions. The decree opened a Pandora’s box, which became the basis for many unfair and often wrongful sentences. Criminal cases involving drugs became an easy chance for policemen to gain more “stars on their shoulders” and they began to actively churn out sentences without thorough investigation», comments Piotr Markielau regarding the governmental policy.

Most convicts get caught at so-called “stashes” – places where they come to buy drugs. However, the Belarusian judicial system accuses buyers of disposal, which is an separate provision and an additional charge. While acquiring drugs is criminalized in Belarus and carries a prison term of 2 to 5 years, the same actions with intent to sell carry a 5 to 8 years term. It should be noted that courts consider even passing a joint on to a friend to be ‘selling’.

In 2016 a total of 34.600 Belarusians were behind bars. Out of them, around 15 thousand were convicted under provision 328 of the Criminal Code (‘Illegal drug turnover and sale’), according to “Mothers 328” Movement. Most of the accused had to wait for 2 to 3 years for a verdict. “Mothers 328” reports that people receive a an 8 year term on average. Neither medical nor industrial use of cannabis is legalized. Non-THC cannabis products like cereals, flour, oil that are sold in Belarus are imported from abroad.

Fighting against the war on drugs

Legalize Belarus is working to tackle these tough measures. The initiative engages in raising awareness about psychoactive substances, advocacy campaigns and providing psychological support to those imprisoned.

The activists organize public events all around Belarus, which become a place for sharing everything concerning the war on drugs. They also collect signatures for changing the current law and send postcards to the imprisoned. The most provocative and visible move so far was “Hemp Kaliada”. Kaliada is an Belarusian Christmas tradition, where people gather in the streets dressed in bizarre clothes and sing various songs.

«We turned the whole tradition of the Belarusian Kaliada around, put on colourful costumes, took cannabis crooks and went onto Kaliada. It was marvelous: people were waving at us, cheering us when they saw what was going on. It’s quite visible that the topic is relevant not only for a narrow circle of activists», says Piotr.

But the creativity was not appreciated by Belarusian authorities. On 10 January, Piotr received a letter that he is the target of administrative proceedings. The activist can be fined for up to 575 USD or even put in jail up to 15 days for an “unauthorised meeting”.