Street picket for decriminalisation and trials

On 2 April 2018, timed to coincide with the beginning of the spring Parliament session, at 16:20 14 Legalize Belarus activists went to the building of the Parliament holding letters of the word “decriminalisation”. 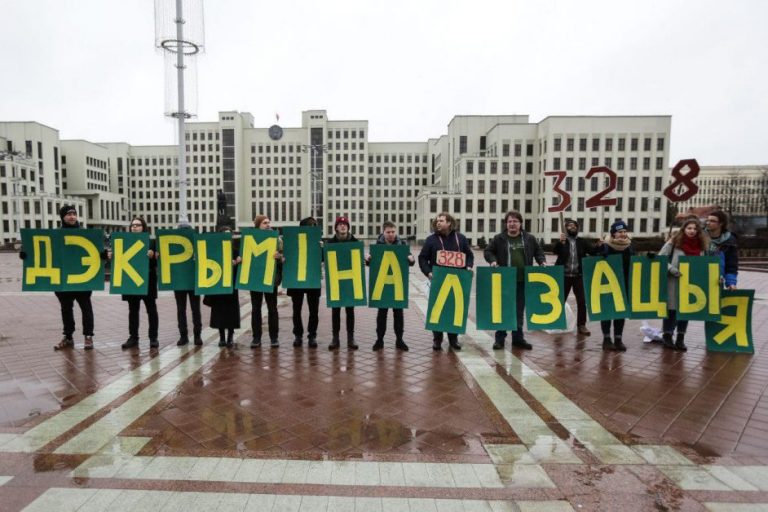 The whole action lasted about 1 minute. No one were detained on that day.

On the next day, 3rd of April, Aleś Tałstyka, Piotr Markiełaŭ and Viačasłaŭ Kasinieraŭ were arrested. All of them were stalked by the special police forces (Special militia detachment “AMAP”) in civilian clothes that were holding external surveillance near activists’ homes.

In the evening Aleś Tałstyka was fined 150 EUR and released. Piotr and Viačasłaŭ were placed in jail, applying all the necessary procedures: they were totally searched (stripped naked), all ropes and shoelaces were removed from their clothes (including hoodie and jacket strings which are impossible to mend back), they were not allowed to eat until next morning. No attorney were admitted and activists were not able to inform friends and relatives about their location. When called by phone, the police denied that activists were detained and gave no information.

On 4th of April both activists were fined 250 EUR each and freed. On 25 April one more participant of the photographing Stas Šašok was fined 250 EUR.